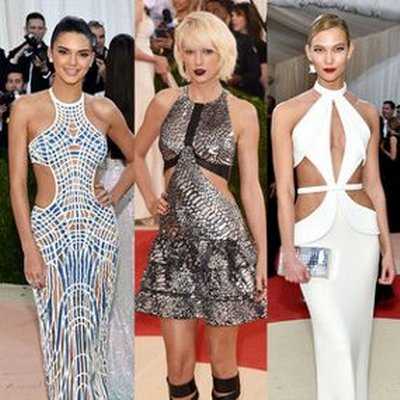 Ok so for all those who don’t know about “The Met Gala” event, it’s a black tie extravaganza which is organised by the Metropolitan Museum of Art Costume Institute every year. It’s held every year on the 1st Monday of May for raising money for the Costume Institute.

It’s known as “The Party of the Year” in which the celebs pose at the grand entry staircase of the museum. It is even called “The Oscars of the East Coast” because of heavy attendance of celebs and flamboyant red carpet happenings.

The party spearheads the opening of the annual blockbuster- show of the Costume Institute.

This year, “Manus x Machina- Fashion in an Age of Technology” was the exhibit and the hosts for the event were Jonathan Ive- the Chief Design Officer of Apple, Anna Wintour- the chairwoman of this gala, Idris Elba and Taylor Swift.

It is not defined that the invitees need to dress up as per the theme of the exhibition, but it’s highly appreciated if they do so. However, the compulsion is marked when the celebs are invited by a brand. Then they need to wear the clothes from that particular brand. This helps the brand in getting highlighted.

This year, the red carpet saw a lot of Louis Vuitton, Prada and Chanel. The final entry part is given to Beyoncé and thus it’s totally worth watching till the end.

So take a look at the pictures and decide for yourself if you approve of their outfits or not. 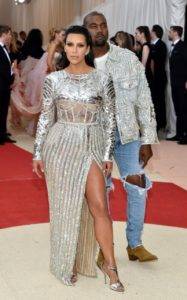 Kim Kardashian matched her silver Balmain with hubby Kanye West for this year’s Met Gala and both looked sparkingly good. Not to miss the silver contacts!! 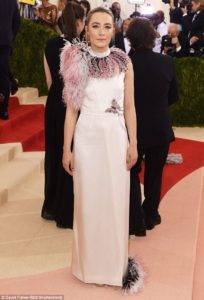 The Irish actress chose a form fitted floor sweeping dress that displayed an eccentric black and pink neckline that rested on the right arm of the lady. 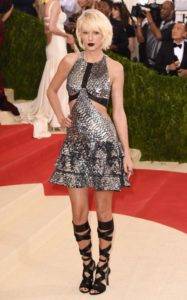 Taylor Swift was totally in sync with the theme with her metallic dress and shoes from Louis Vuitton, deep shade lipcolor and bleach blonde bob. The outfit drew mixed reactions from her fans on the social media but it was totally apt for the theme. 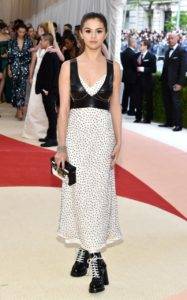 We are always excited to see what Sels would choose for the event and this time also she totally lived up to our excitement. She sported a sleeveless monochrome dress from Louis Vuitton. It was embellished with sparkling crystals that looked like polka dots. The amazing leather bodice was the main highlight of the dress. She kept accessories minimal to silver bangles and a box clutch. The cool black compact heels were just too good. She looked punk and cool. 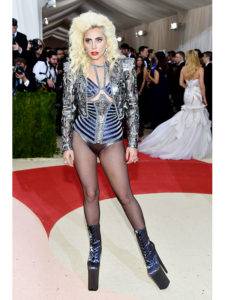 Lady Gaga looked just like a seductive robot from future. Gaga was totally loyal to the theme of the event and showed her metal.

She donned a Versace dress which looked nothing short of a circuit board. She decided to ditch the pants and went for the sky high boots instead which looked superb. She reminded us of her telephone era. She carried the look marvelously. 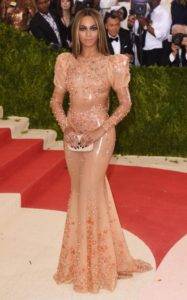 Beyoncé’s gown was body-hugging and shiny. It was embellished by Givenchy and created by Riccardo Tisci. The sherbet orange dress looked stunning and different from the whites and silvers which dominated the red carpet at the tech themed event. 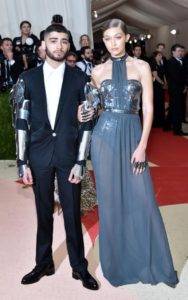 The ex-One Direction star Zayn Malik along with supermodel girlfriend, Gigi Hadid was spotted on the red carpet in a high tech outfit. The lady looked drop dead gorgeous in her gunmetal sequined bodice by Tommy Hilfiger and a sheer skirt and Zayn looked super heroic as he wore metallic plates on both his arms. Within a few minutes of his entry on the red carpet he was memed on the social media. But the couple totally exhibited their fidelity for the theme. 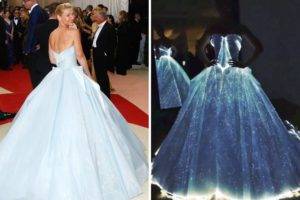 And Claire Dane carried the showstopper outfit. Something very surprising and extraordinary at the event was that Claire reached the venue in a bus. Yes, it’s true she had to take a bus because of her tech savvy gown. The actress got down in a whimsical blue gown designed by Zac Posen. It was one its kind dress which was hand sewn and was crafted with fibre and organza optics. Thus, it illuminated in the dark. She definitely made her counterparts envious.

So, in all we got some realness on the red carpet at the Met Gala event. Already waiting for the next one! 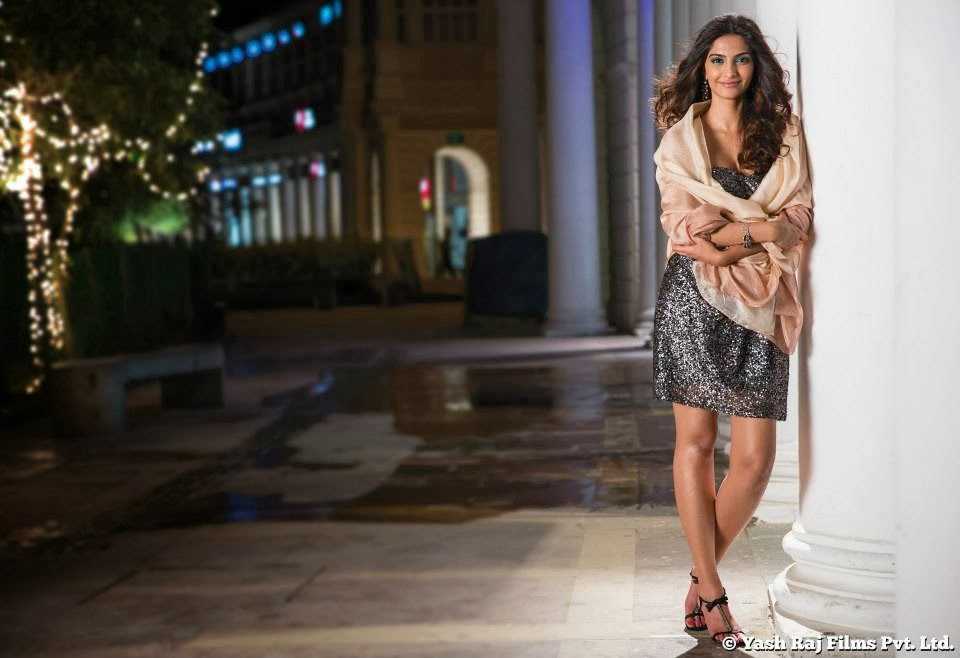 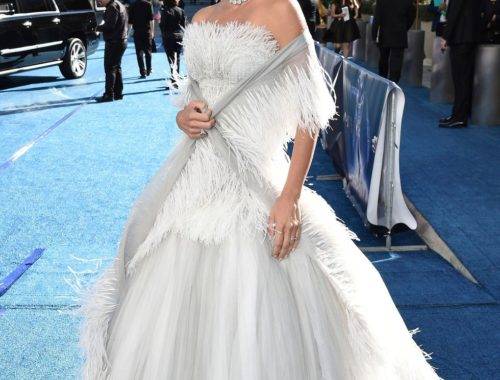