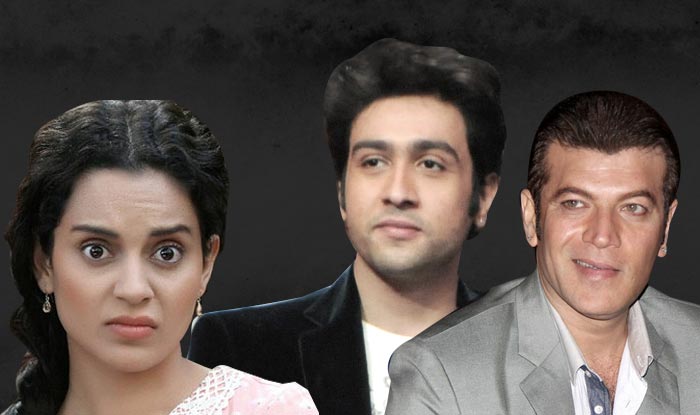 HE SAID SHE SAID

It all started with Aashiqui 3. Clearly the second Aashiqui wasn’t enough. So here we are blessed with the third one. Yay.

Here is the detailed script of the Hrithik- Kangana story. Hrithik signs up for Aashiqui 3. Sonam Kapoor is his co-star, who purportedly replaced the perennial first-choice Kangana Ranaut. 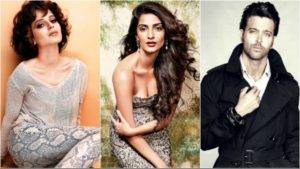 When asked in an interview whether Hrithik Roshan was behind her not being signed for the darned movie, Kangana stated,
“Yes, many lame rumours are doing rounds, even a dumb a** can tell where these rumours are coming from. I don’t know why exes do silly things to get your attention. For me that chapter is over and I don’t dig graves.”

Hrithik Roshan tweeted in response: “Ther r more chances of me having had an affair with d Pope dan any of d (I’m sure wonderful) women d media hs ben naming. Thanks but no thanks.” (sic)

Let’s analyze this eloquently put tweet, shall we? Actually, let’s not. In his defense the man signed up for Aashiqui 3. How bright do you expect him to be? (Also, twitter’s character limit would be debilitating even for Billy Shakespeare) 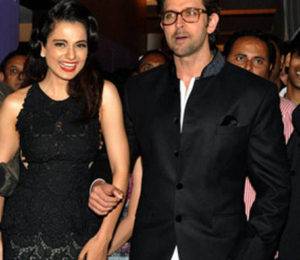 Scene 2: Kangana reacts to Hrithik’s tweet. “No. I am not hurt. I respect the other person’s opinion also. It’s very likely that a person can have a different perspective on the same situation or rather the past. But then, stick to your stand. Don’t slyly pursue people and spy on them, and chase them. So, we sign and seal the deal and then move on.”[1] How nonchalant Kangana. Let’s call an already upset person sly and stalker-ish.

Hrithik duly sued her for defamation. Finally, he thinks to himself, “hmm if she is indeed stalking me, and telling people that I got engaged to her in Paris, and calling me her silly ex, I should pursue this in a court of law and stop fighting on media because they twist everything anyway.” Does it finally come to an end the way we want to stop sequels of Housefull, Masti, AASHIQUI? Nope. It continues to live on with bigger plot twists.

Enter Adhayan Suman (Shekhar Suman’s son. Yes, I didn’t know such a man existed till yesterday either). He provides us with an unsolicited detailed account of how he stalked her by waiting outside bathrooms, and her room, for hours. Then called up daddy dearest to sort out his alleged love-life (Well, Shekhar has been known to be a mover). Then tells us that she was probably a witch or a demon because this was what all his pujaris told him. Cuz’ Who you gonna call? GHOSTBUSTERS! My pujari told me Ryan Reynolds was a demon too. No wonder he spurned my advances.

Anyway, maybe he was abused by her, but did he ever think about calling Hrithik and becoming one of his witnesses? Nope. He did the smart thing of playing to the gallery, and maybe revive his career (?) in the process.

The public knows squat in this confusing yet enthralling story of love, hate and witchcraft.  Their reaction, “We don’t know what is happening and let’s get all the information possible for dubious sources. But hey! Slut.” 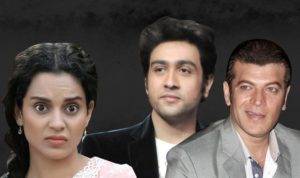 The clairvoyant Aditya Pancholi also weighed in, providing the media pearls of wisdom. At an event, he told a person interviewing him, “Kaun hai woh? Kiski baat kar rahe ho? Usko leke aa re tu!” referring to Aadhayan Suman.[2] Literal lol. This is after he made a number of comments about Kangana and supposedly calling Mr. Shekhar Suman to tell him that Kangana is a psycho.[3] You’re a married man, Aditya, and probably need an intervention by your family and friends one day. How about being low-key in this situation? Nah. That’s not how Bollywood rolls.

While hoping this sordid saga comes to an end, it’s still a better love story than Twilight. 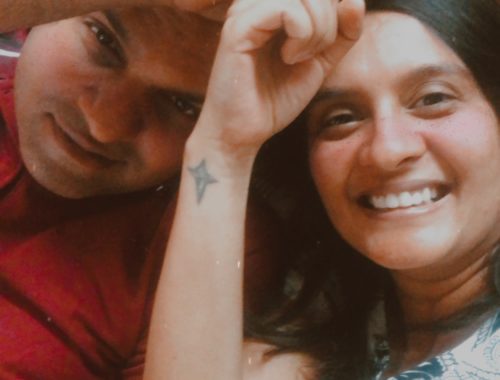 Work from Home- A Tale of Two and a Half People 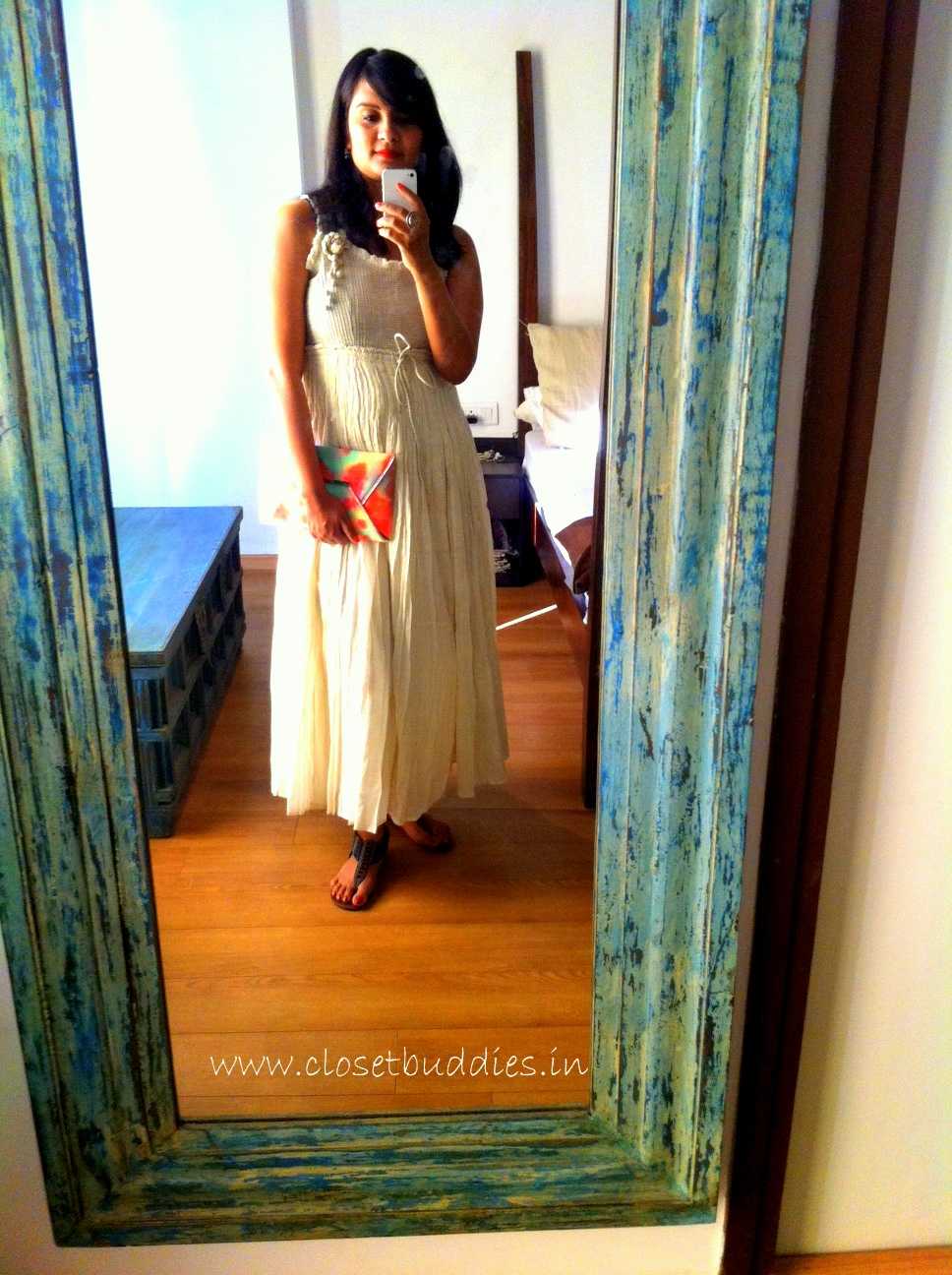 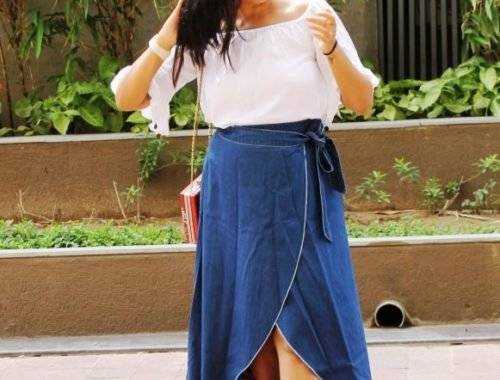