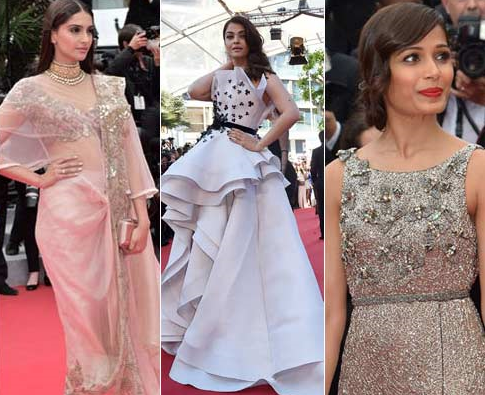 Bollywood on Cannes red carpet over the past few years

French Riviera has been a wonderful host to our Bollywood divas every year at Cannes Film Festival. The most popular faces at the film festival have been Sonam Kapoor and Aishwarya Rai Bachchan. You can appraise their stylists for the wonderful looks. But even the other actors have returned home with a lot of compliments and praises.

The red carpet event is worth the year long wait. So here we have summed up the best looks which the beauties of our tinsel town have flaunted at French Rivera over the past few years. 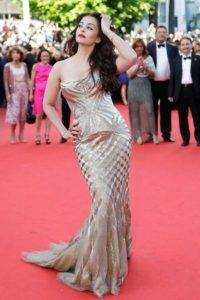 So the most popular face of the country made her return to the Cannes red carpet in a golden gown by Roberto Cavalli. She sported the garb at the premiere of the French toast “Two days, One Night”. 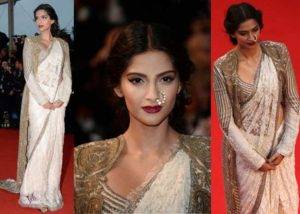 The style icon of the country, Ms. Sonam is always seen experimenting with her looks at the festival and she has always come out as a winner. Her vintage look sari with a jacket was the most stylish and unique outfit that the red carpet would have ever seen. She wore the sari for the premiere of “The Great Gatsby”. On the name of accessories all she wore was a huge nose ring and she couldn’t have looked more stylish. 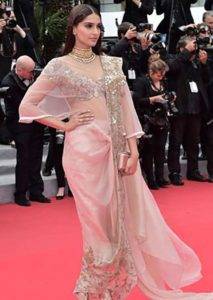 Yes, it’s the style diva again. Sonam picked up an outfit from one of her favorite designers Anamika Khanna the second time as well. This time it was even better with a dull pink sari dress and a sheer cape. She wore a heavy choker around her neck which beautifully complimented the sari. She looked stunning as ever. 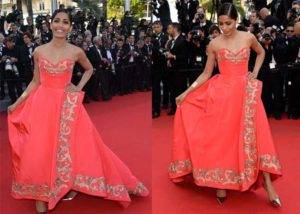 India’s most gorgeous gift to Hollywood was spotted in a lovely coral dress from Oscar de la Renta for the premiere of “The Homesman”. A very simple side parting hairdo and no accessories made the shutter bugs capture the lovely lady extensively. 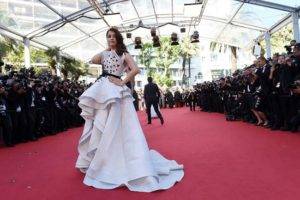 At Cannes 2015, Aishwarya pulled off quite a challenging look with great poise. She looked like a dream in a monochrome dress which was pleated in origami style. 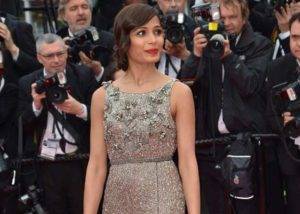 Freida chose a custom grey gown and complementing Jimmy Choo heels and a bag. The actress carried the sultry look quite well. 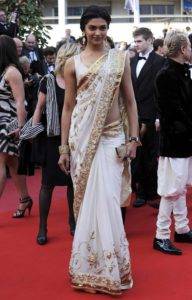 The dimpled beauty played safe for her solo appearance at Cannes. She draped a gorgeous saree and was complimented as well as appreciated for her choice. 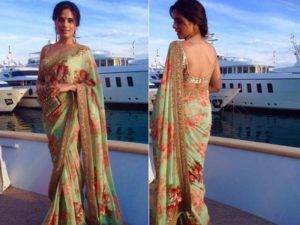 Richa Chaddha’s Masaan was a toast at the festival previous year. Apart from the movie getting a standing ovation from the audience, the actress also bagged a lot of compliments for her beautiful and traditional look. She wore a mint colour floral saree with sequined blouse. 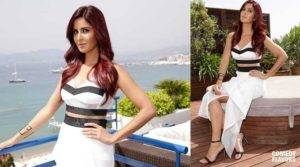 The Dhoom-3 beauty made her red carpet debut at Cannes in a beautiful fall dress by Oscar de la Renta. Her makeover was another center of attraction at the event.

I know you can’t wait for the stunning looks of our divas at the festival this year. Coming soon so stay tuned!! 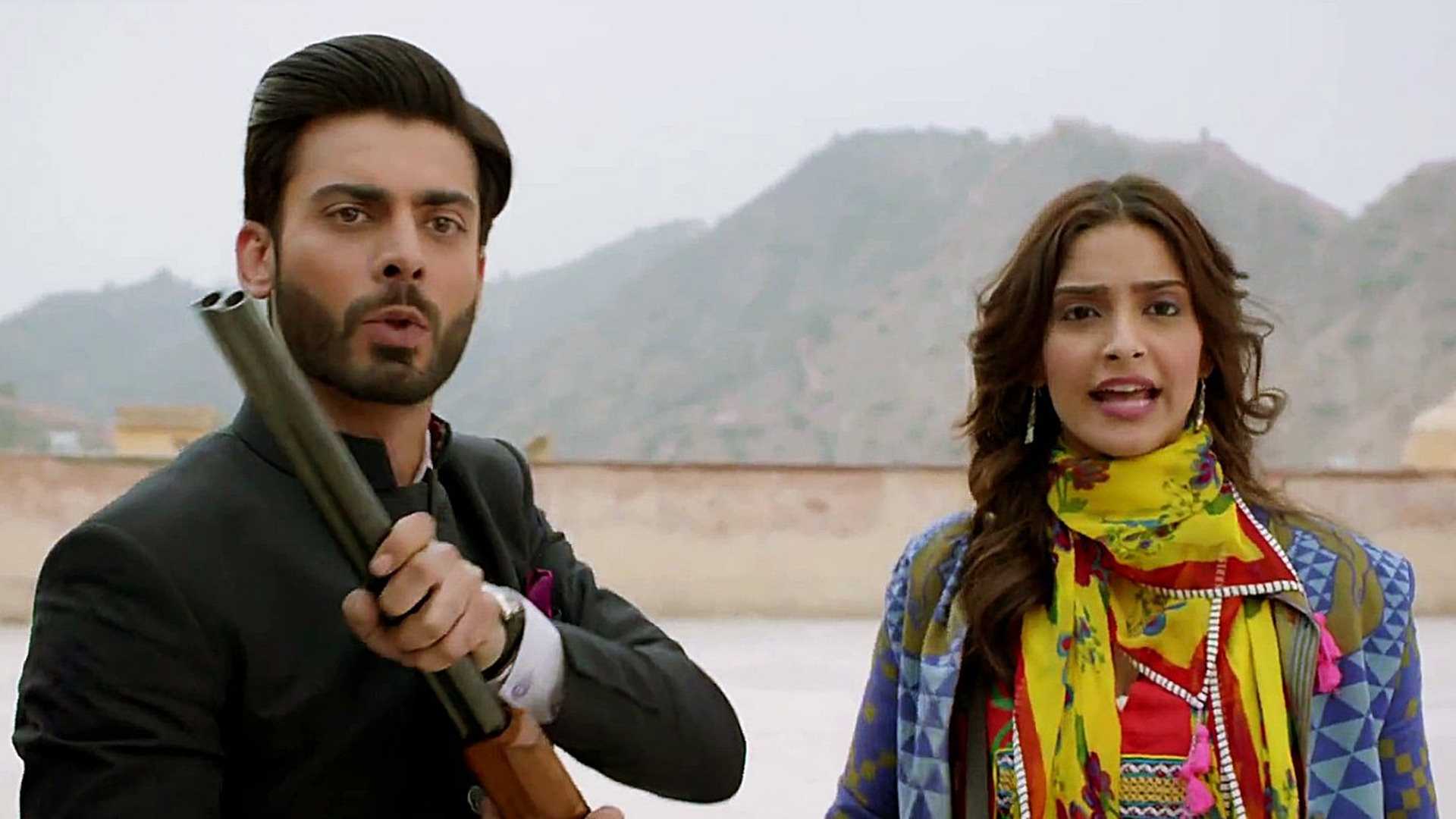 Airport looks to steal from Bollywood