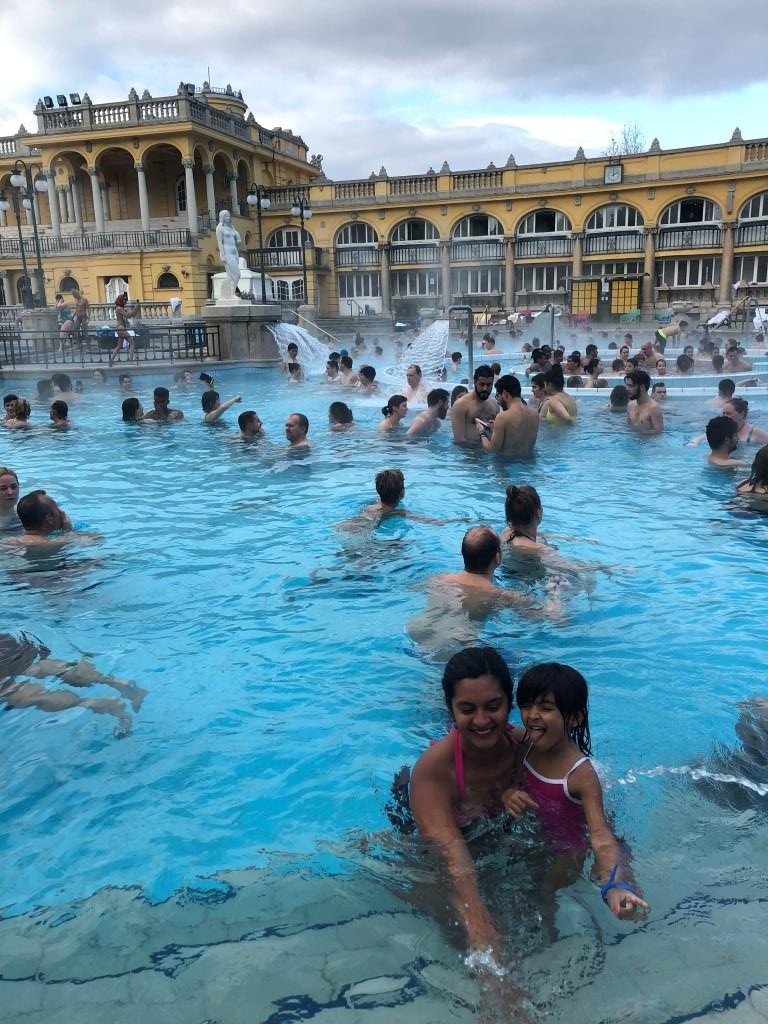 How it all started?

K and I were talking about what gifts we wanted to give each other for our landmark #tenniversary year. Apparently, it’s customary to buy jewelry but I am so not into diamonds or gold and yet another expensive electronic didn’t seem to make sense. In the end it was a no brainer that we wanted to celebrate it with a trip. Now where was a big question. I knew I wanted to do a winter holiday since K is extremely fond of snow and we haven’t been able to do it in the last couple of years. We’ve been to Europe several times and we knew for a fact we didn’t want a popular destination. So, in the end we zeroed in on the erstwhile Yugoslavia. Now 2.5 weeks is a limited time and as much as we would have liked to include Serbia and Macedonia in the trip, we just couldn’t. Also, these countries are not very well connected through rail network and the only other viable option is by road.

Well now that we knew we wanted to go to the erstwhile Yugoslavia but we soon realized we’ll need a separate visa for each country. Or we could simply apply for a Schengen for the duration of the trip. Budapest had been on our to-do list for a while, especially when we did Prague last time. Also, because we were landing on December 25th and Budapest is known for its Christmas markets we thought why not begin the trip there!

Budapest is one of the top 10 most visited cities in the world! It is the perfect amalgamation of two worlds- the old time charm of Buda and the fast and furious Pest. And it’s beautiful every month of year especially December when the festive spirit it as its highest and the city is lit up with Christmas markets.

One INR is equal to 4 Hungarian Forints. It’s not an expensive city unlike most of Western Europe and most meals will cost you anywhere between HUF 5000 to 15000 for two people.

The public transport is extremely well laid out be it the metro or the buses. We did not need to take a cab even once. My suggestion will be to go for the unlimited travel pass (24, 48 and 72 hours) depending on your duration of stay in Budapest. Each pass entitles you to unlimited travel and additional discounts as various sights. Kids below 5 need not buy a ticket.

The end of December witnesses extremely cold winters with temperatures ranging from 4 degrees Celsius to -4. Snow and rains are not uncommon. It also gets windy sometimes especially on the Castle Hill. But, I firmly believe in the saying- there’s no such thing as bad weather, only bad clothes. The right amount of layers and you’re all set!

We stayed in District V which is right in the centre of Pest and a stone’s throw away from Buda Castle- everything is within walking distance and the public transport is very convenient.

We planned to be in Budapest for a total of 3 days however, a missed connection resulted in us losing most of Day 1. Here are my top picks for a winter city break in Budapest if you have 2-3 days.

This was my second experience with a natural hot spring- the first one at Aguas Calientes (literally hot water) in Peru and it was double fun. One, because Iy was with us and she loves water. Two, it was freezing outdoors and while the indoor pools were fun as well, the outdoor experience was almost surreal. If we could, we would have spent the whole day there but the water is extremely mineral rich and it is advisable to not expose yourselves to it for a long duration, more so if it’s a kid.  Undressing in near zero temps is an experience of a lifetime!

We chose to go to the Széchenyi Thermal Bath since it is the biggest and most popular in Budapest and very well connected through public transport.

Important Tip: Don’t forget to carry your own slippers and towels to the spa. We ended up paying an exorbitant amount since slippers are compulsory for the bath. Also, the entrance fee entitles you to an entire day of unlimited bath so plan accordingly. We alternated between sauna, steam,shower and baths.

While there is a whole lot of history and culture to explore in Budapest, when you’re short on time or want a more relaxed itinerary, Castle Hill is your one stop shop. Plan to spend an entire day here, start around noon- take the funicular up or hike to the top. Explore the various sights:

You can walk around the district or use public transport (your Budapest pass will work). Don’t forget to explore the narrow streets and medieval houses (very romatic!). Get some late lunch at the cafes or restaurants (we loved the Jamie Oliver’s there!) and don’t forget to check out the glorious panoramic views of the city. Best vantage point – Fisherman’s Bastion. From the chain bridge to the Danube to stunning views of both Buda and Pest and how beautifully they come together.

Important Tip: If you have experienced Funicular somewhere else and are not keen on spending additional money, use your Budapest travel card to go up the hill without any additional payment.

Or as Iy kept reminding us- “we are always hungry in Hungary”. Do not miss the Chimney Cake- a Christmas favourite, the Hungarian mulled wine (another Christmas favourite- the Hunagrian version has more spices and is less sweet) the local beer and Toakji- a traditional Hungarian sweet wine. The locals take their coffee very seriously and you will see umpteen cafes strewn around the city. The city also has a huge Turkish influence and you will see lots of Turkish and Arab eateries. Whatever your dietary restrictions, you’re sure to find food in Budapest. You can even try vegetarian goulash! The traditional Hungarian food includes a variety of soups, paprika and breads like Langos. Another favourite dessert apart from Chimney cake is Dobos torte.

We also tried the food truck park right next to Szimpla Kert called Karavan. It has a variety of cuisines and lots and lots of vegetarian options.

Budapest is known for its Ruin bars. Largely located in the Jewish quarters in District VII, ruin bars are pubs/bars established in abandoned buildings and ruins. My favourite (as is everyone else’s in Budapest) was Szimpla Kert. It has an amazing vibe. An abandoned factory building with an open air theatre, done up in every possible colour, graffiti and diused furniture from all over the place- each room is extremely quirky. Kids are welcome- Iy had a great time colouring while mamma- papa sipped on glasses after glasses of Hungarian Tokaji. I loved how badass the bartender was- she drank her beer unabashedly while making drinks.

Psst: they have a large vegetarian menu which is extremely affordable. We ran a bill of HUF 10000 after 4 drinks and lots of food.

Budapest ranks in the top ten cities in Europe for its Christmas Markets and I have to agree. Everywhere you look there are lights, colours and the enticing smell of festive food. Make time for all the markets across the city every evening.

Other things to check out in Budapest:

Chain Bridge, Shoes on the Danube, St. Stephen’s Basilica, House of Parliament (they are all at walkable distance from each other)

Budapest has an old world charm reminiscent of my experience in Prague. It is also the perfect city to unwind in. The city has enough and more experiences that will leave an indelible mark on you- be it something as simple as sipping coffee in a smallish café or walking the streets and gazing at the several architectural marvels from medieval to gothic to Baroque styles. 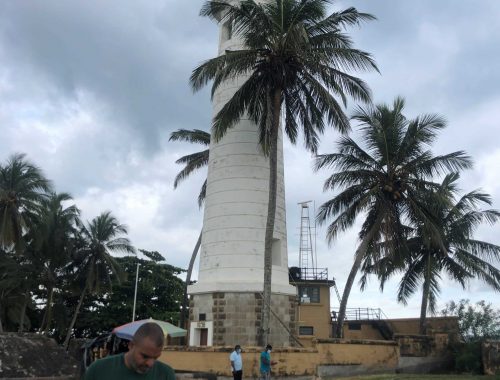 Planning a Trip to SriLanka 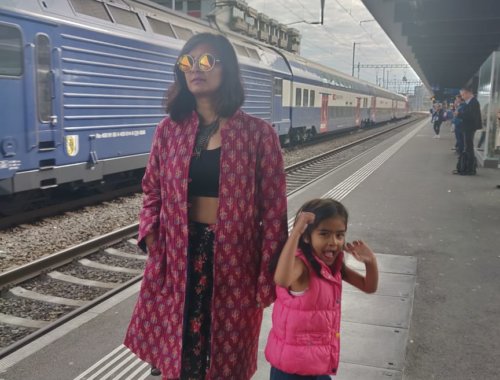 Tips on travelling with a four year old #mommybabytrip 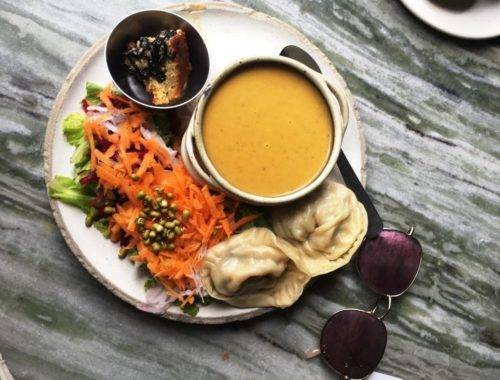 Must Visit Eateries in Auroville